Evidence suggest that consistently drinking as little as a quarter of a cup of dairy milk per day was associated with an increased risk of breast cancer of 30 percent.

Drinking one cup per days was associated with a 50 percent increase.

Drinking two to three cups of milk per day increases the risk 70 to 80%.

Current U.S. Dietary guidelines recommend three cups of milk per day. “Evidence from this study suggests that people should view that recommendation with caution,” Fraser said.

Dietary intakes of nearly 53,000 North American women were evaluated for the study, all of whom were initially free of cancer and were followed for nearly eight years. Dietary intakes were estimated from food frequency questionnaires (FFQ), also repeated 24 hour recalls, and a baseline questionnaire had questions about demographics, family history of breast cancer, physical activity, alcohol consumption, hormonal and other medication use, breast cancer screening, and reproductive and gynecological history.

By the end of the study period, there were 1,057 new breast cancer cases during follow-up. No clear associations were found between soy products and breast cancer, independent of dairy. But, when compared to low or no milk consumption, higher intakes of dairy calories and dairy milk were associated with greater risk of breast cancer, independent of soy intake. Fraser noted that the results had minimal variation when comparing intake of full fat versus reduced or nonfat milks; there were no important associations noted with cheese and yogurt.

“However,” he said, “dairy foods, especially milk, were associated with increased risk, and the data predicted a marked reduction in risk associated with substituting soymilk for dairy milk. This raises the possibility that dairy-alternate milks may be an optimal choice.”

Canada’s Food Guide was updated in January for the first time in more than a decade. Noticeably, there was a de-emphasis on dairy consumption and the suggestion Canadians should instead consume more water.

Taking vitamin supplements during chemotherapy for cancer could be counterproductive

As part of the research, participants filled in surveys about their use of supplements before and during chemotherapy, as well as their lifestyle, diet and exercise habits.

Among the 18 per cent who took vitamins like A, C or E, all of which are antioxidants, their risk of the cancer returning was 40 per cent higher than the participants who didn’t take supplements.

The connections between lack of sleep and cancer

Did you know, for example, that long stretches of shift work may increase cancer risk.

Long-term sleep disruptions may raise the risk of some cancers. But sleep and cancer are intertwined in other ways too. Getting a good night’s sleep is difficult during cancer treatment and can be a lifelong challenge for survivors.

“In our research, nearly one in four survivors of childhood cancer had difficulty falling asleep and staying asleep,” says cancer expert Kathryn Ruble, M.S.N., Ph.D. , of the Johns Hopkins Kimmel Cancer Center . “Helping cancer survivors improve their sleep might help them perform at school, on the job, and throughout their lives.”

Disruptions in the body’s “biological clock,” which controls sleep and thousands of other functions, may raise the odds of cancers of the breast, colon, ovaries and prostate. Exposure to light while working overnight shifts for several years may reduce levels of melatonin, encouraging cancer to grow.

Women who regularly use permanent hair dye could be increasing their risk of breast cancer up to 60 percent, according to scientists writing in the International Journal of Cancer.

A study based on the medical records of more than 45,000 women found a positive correlation between permanent hair dye and breast cancer—particularly among those who are black.

While the paper is based on patterns and trends and, as such, doesn’t confirm a direct cause, it adds to research suggesting there may be carcinogens lurking in commonly-used beauty products.

Read the whole article in Newsweek »

Even among smokers, people who eat more fiber and yogurt may be less likely to develop lung cancer

Compared to people who never ate yogurt, those who consumed the most yogurt were 19% less likely to develop lung cancer, the analysis found.

People who had the most fiber in their diets, meanwhile, were 17% less likely to develop lung cancer than those who ate the least fiber.

And individuals with the highest fiber intake and highest yogurt consumption were 33% less likely than those with the lowest consumption of both to develop lung cancer, the study team reports in JAMA Oncology.

Read the whole article at Reuters »

The U.S. Food and Drug Administration said on Wednesday it found “unacceptable levels” of a cancer-causing impurity in the popular heartburn drug Zantac and its generic versions known chemically as ranitidine.

The USA Allow Food Additives that Canada, Europe, China, and others Claim are Toxic 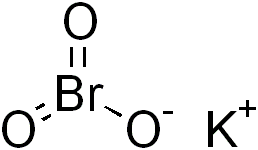 Potassium bromate, for example, is also illegal in Canada, China, the European Union, Brazil, India, the United Kingdom, and elsewhere because it causes cancer. In the United States it has been legal to add to food since it was first patented for use in baking bread in 1914.

Troy Farah writing for The Guardian:

But despite petitions from several advocacy groups – some dating back decades – the US Food and Drug Administration (FDA) still considers these to be Gras or “generally recognized as safe” to eat, though plenty of experts disagree.

“The system for ensuring that ingredients added to food are safe is broken,” said Lisa Lefferts, senior scientist at the consumer advocacy group Center for Science in the Public Interest. Lefferts, who specializes in food additives, said that once a substance is in the food supply, the FDA rarely takes further action, even when there is evidence that it isn’t safe.

The Center for Science in the Public Interest petitioned the FDA to ban potassium bromate two decades ago due to cancer concerns, but the FDA’s response, according to a letter from the agency, was that it couldn’t examine the issue due to “limited availability of resources and other agency priorities.”

Doctors are saying gut health is as important as heart heath

Increasingly researchers are finding that your intestines not only digest food, but may also regulate mood, emotion, and play a central role in your body’s response to disease.

What you eat feeds every single cell in your body.

Avoid processed deli meats and red meat while feeding the dense jungle of bacteria in the colon with fibers, fruits, and vegetables. Siegel says unhealthy and sedentary lifestyles rife with fast foods and processed meats are contributing to the rise in colon cancer among young people. A lot of people go to the deli and buy very expensive turkey breast and think they are eating healthy, Siegel says. Shifting away from the standard Western diet to the Mediterranean diet — composed primarily of plant-based foods, olive oil, fish, and mixed nuts — supports both gut health and a healthy heart. Sprinkling food with curcumin — the activated ingredient in turmeric — may dampen inflammation. Routine exercise staves off obesity, which does wonders for the gastrointestinal tract and reduces cancer risk. While particular diets are effective in treating specific gut conditions, consult with a gastroenterologist or nutritionist before pursuing anything radical.

If the projected trends continue, obesity as a cause of cancer in women will overtake smoking by 2043, the report says.

The figures for men are different as men are more likely to smoke and to get tobacco-related cancers. The gap between obesity and smoking as causes of cancer is expected to close much later than in woman.

While more males than females are overweight, obesity has a greater effect on women as some of the most common obesity-related cancers predominantly affect them, such as breast and womb cancers.

More at The Guardian

Alcohol is linked to more than 200 health conditions, including liver cirrhosis and some cancers.

The UN health agency’s latest report on alcohol and health pointed out that alcohol causes more than one in 20 deaths globally each year, including drink driving, alcohol-induced violence and abuse and a multitude of diseases and disorders.

More at AFP via Yahoo

Insights for a Better Life

Theme by Anders Noren — Up ↑

We use our own and third-party cookies to improve your experience of our website. Cookies remember your preferences and track site usage. By continuing, you accept their use.Understood!